About the Wounaan Basket

Click on the heading to read the full story of the News.

by Jessica Else, The GARDEN ISLAND

by Juliana Henao, The New Mexican

by a Japan Publication 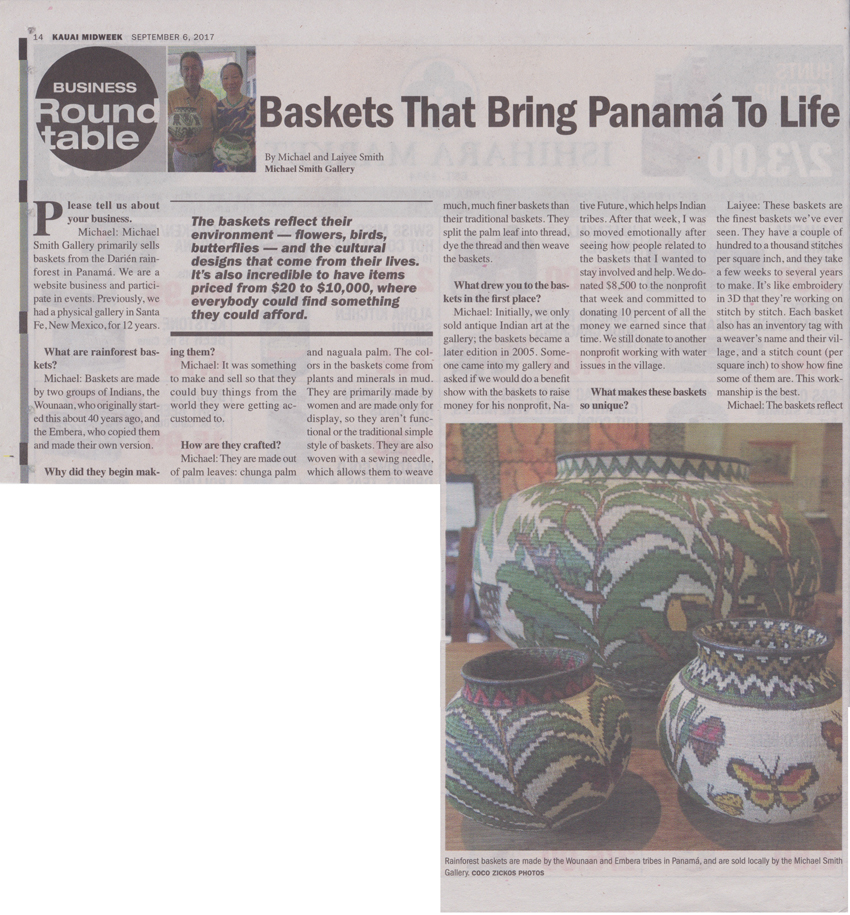 by Jessica Else, The GARDEN ISLAND 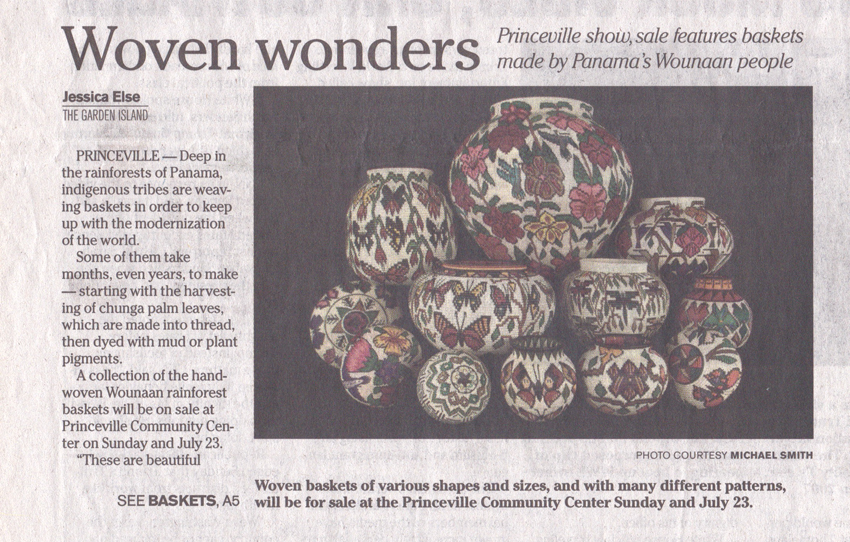 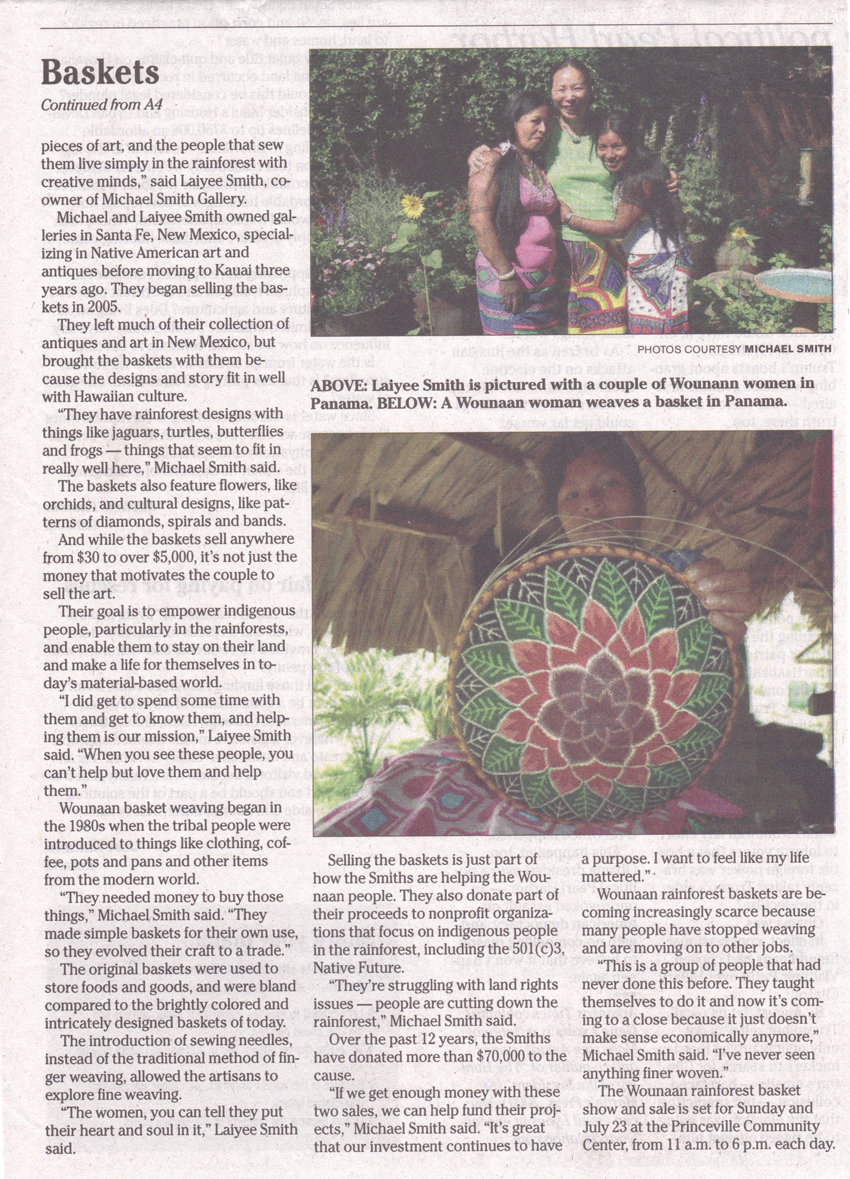 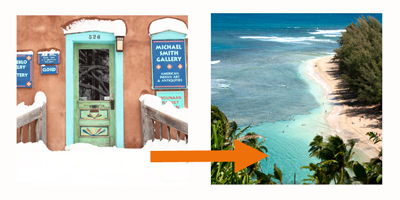 Michael Smith moved to Kauai from Santa Fe in January 2015. He does not think there is anyone will not understand why. He want to move back to the beautiful and warm Kauai island that he once lived in 30 years ago. For more information, please contact Michael or Laiyee at [email protected] or visit our website www.michaelsmithgallery.com 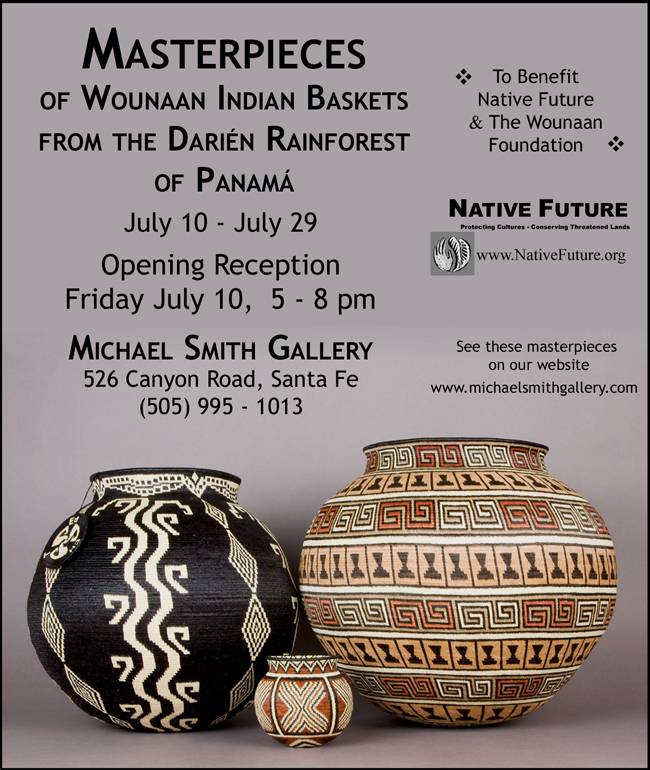 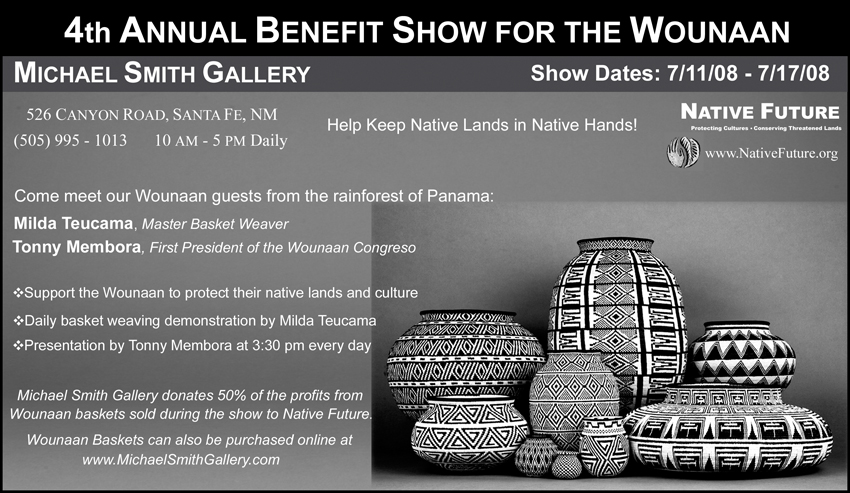 From July 10 – 17, 2008, the Michael Smith Gallery will be hosting Tonny Membora and Milda Teucama, a husband and wife from the Wounaan culture of Panama. Tonny and Milda are two of the most influential Wounaan, and will be in Santa Fe to demonstrate how some of the finest hand-woven baskets in the world are made, and talk about the plight of their culture. They will be at the gallery at 5:30 pm on the opening night and every afternoon from 3-5pm, when they will give basket-weaving demonstrations and be available to talk with visitors through a translator. Mr. Membora and Mrs. Teucama could be described as the Wounaan power couple. Tonny was instrumental in organizing the traditionally independent Wounaan communities under a single national Wounaan “congreso,” and was elected as the first Wounaan president in 1998. After stepping down from public office in 2003, he is still one of the more respected Wounaan leaders. Milda is a master weaver and was chosen to teach basket-weaving workshops to other Wounaan women. She is Vice President of a Panamanian non-profit organization called the Foundation for the Development of the Wounaan Pueblo. Together Tonny and Milda own a cooperative shop in Panama City that sells Wounaan art and other handicrafts. The Michael Smith Gallery in Santa Fe shows and sells world-renowned Wounaan baskets and carvings all year, and donates 10% of these profits to Native Future, which is a U.S.-based non-profit organization whose mission is to protect marginalized indigenous cultures and to help them conserve the ecosystems in which they live. Generously, the gallery has promised to donate a hefty 50% of their profits from sales of Wounaan art during this year’s benefit. Native Future’s Native Land Tenure program recently completed a successful campaign to raise over $30,000 for the implementation of the land tenure project plan. The initial stages of the project include community mapping which demonstrates the community land boundaries and extent of deforestation by cattle ranchers in the area of the Maje Range, and participation in a review to the United Nations Human Rights Committee on Panama’s human rights performance. The Land Tenure program is also actively working with internationally recognized land tenure lawyers and a locally based management team to secure Wounaan ownership of their lands. Native Future’s Native Education program supports the primary and secondary education of indigenous children of Panama and has supported the education costs of more than 30 indigenous students. Included in this group is Leonides Quiroz, who will be the first Wounaan university graduate ever. As a lawyer and national leader, he intends to continue working to secure the rights of his people, and other indigenous groups. The Michael Smith Gallery is located at 526 Canyon Road, Santa Fe, New Mexico. For further information regarding the gallery benefit, Native Future and/or the Wounaan please visit, www.nativefuture.org or www.michaelsmithgallery.com You may also call Marsha Kellogg at (802) 236-7992 or Michael Smith at (505) 995-1013. 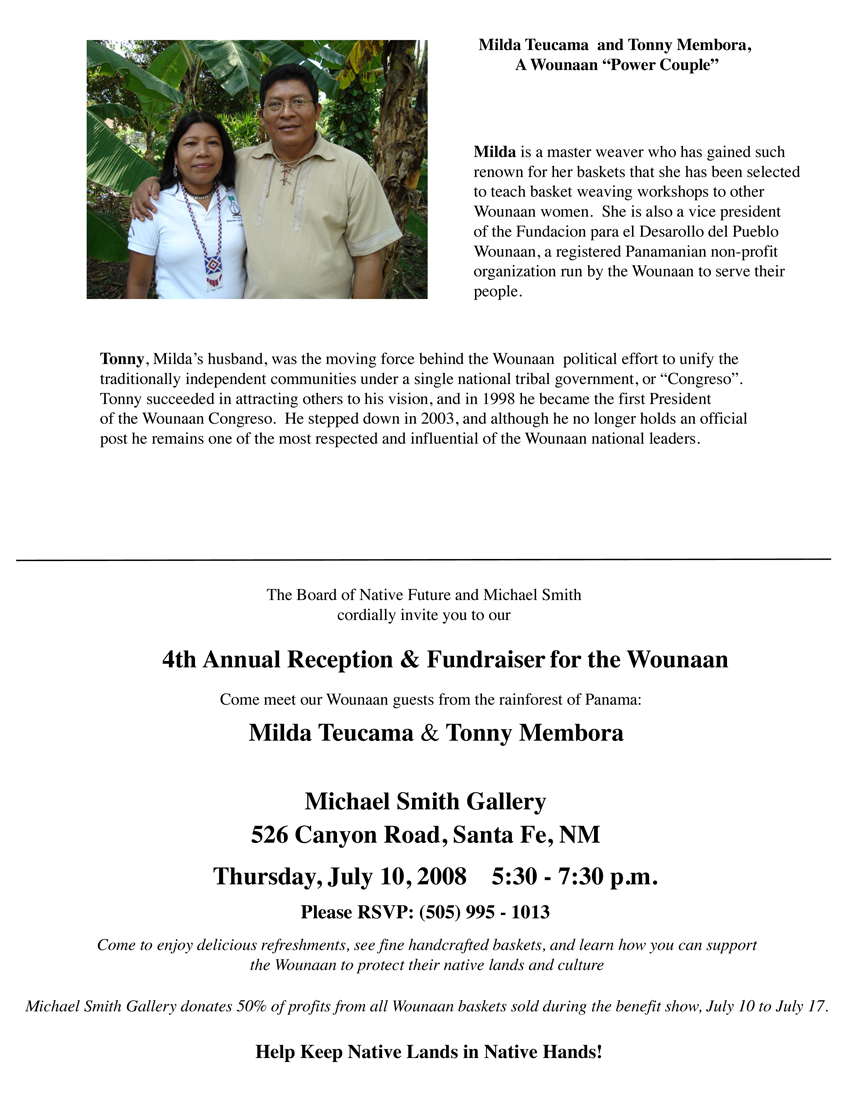 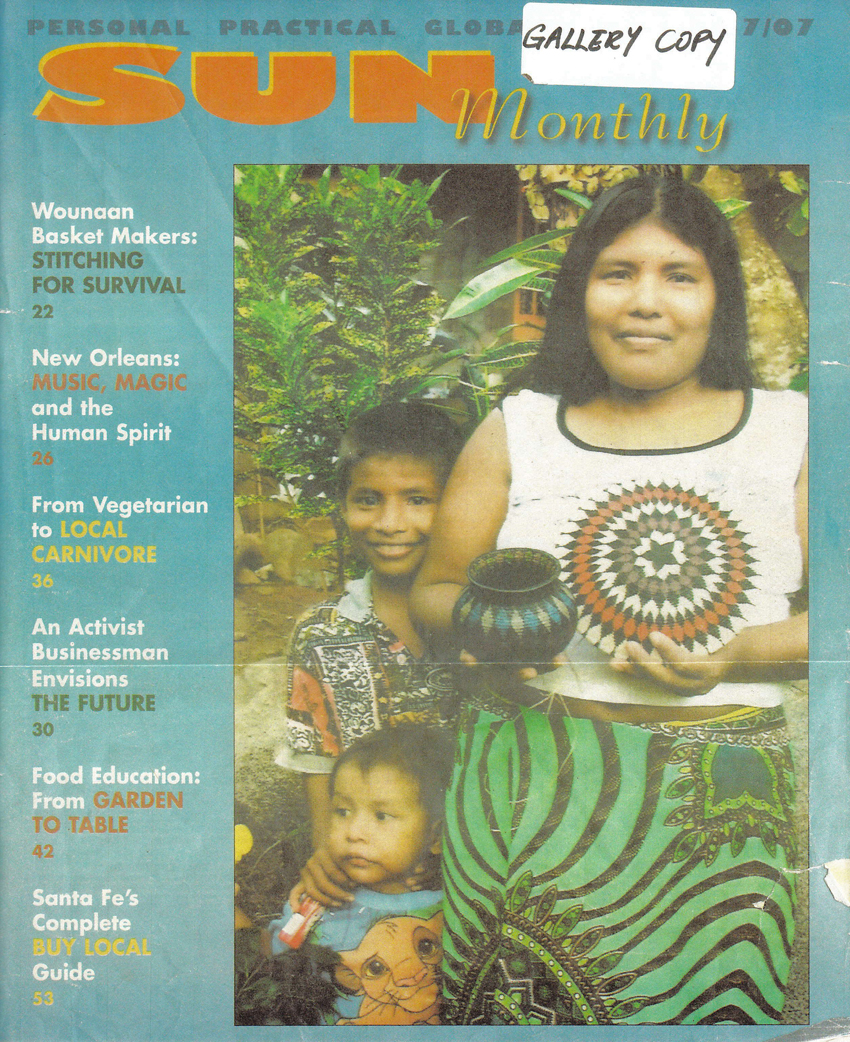 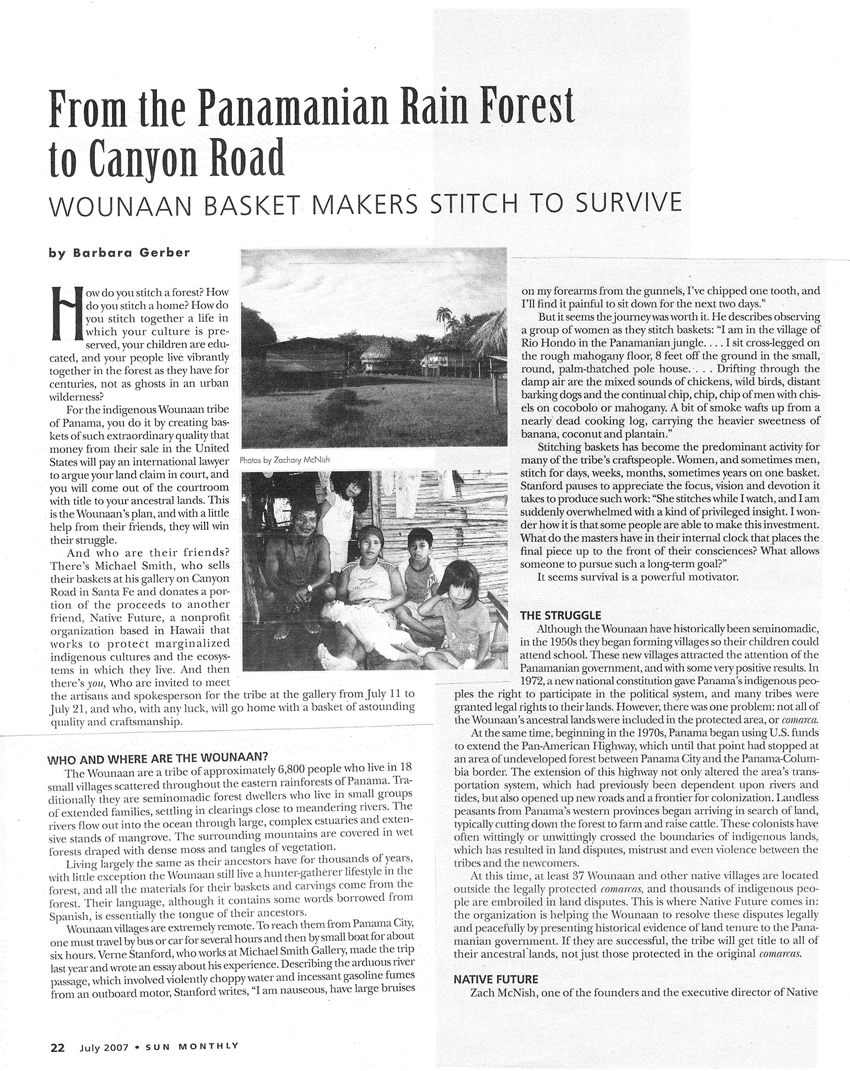 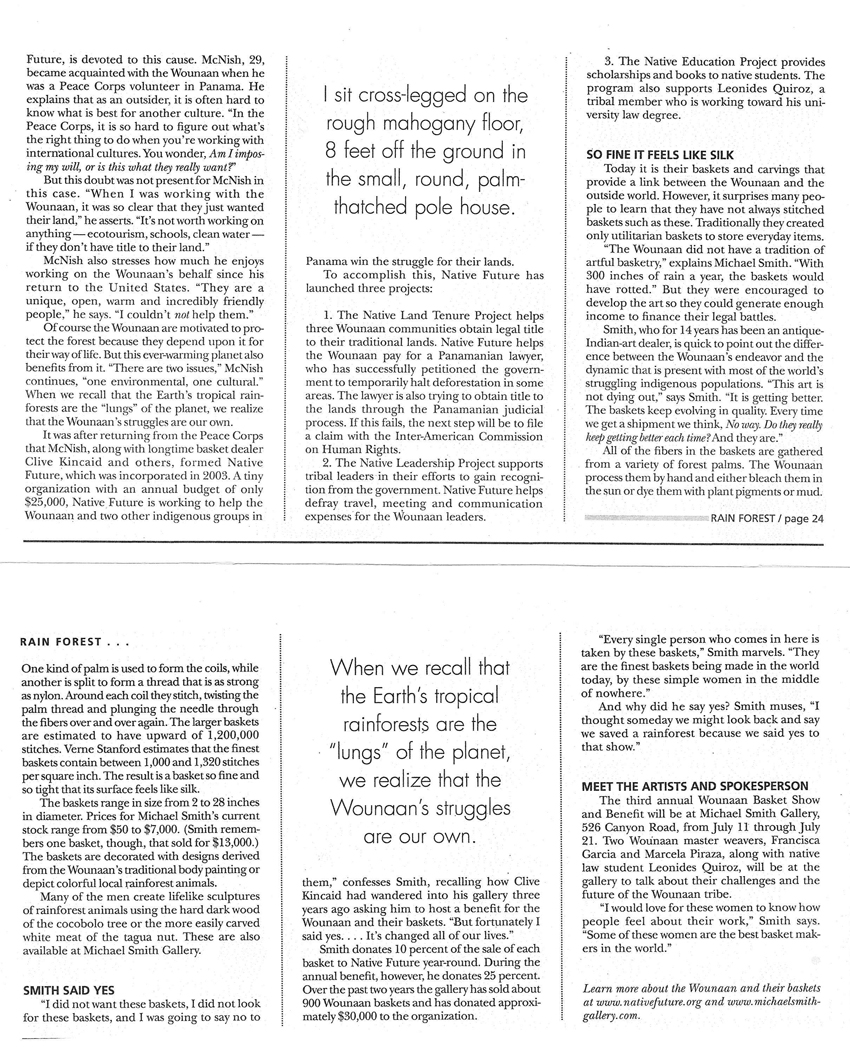 July 1, 2005 Plight of the Wounaan Indigenous leaders from Panama visit Santa Fe to promote their cause

by Juliana Henao, The New Mexican 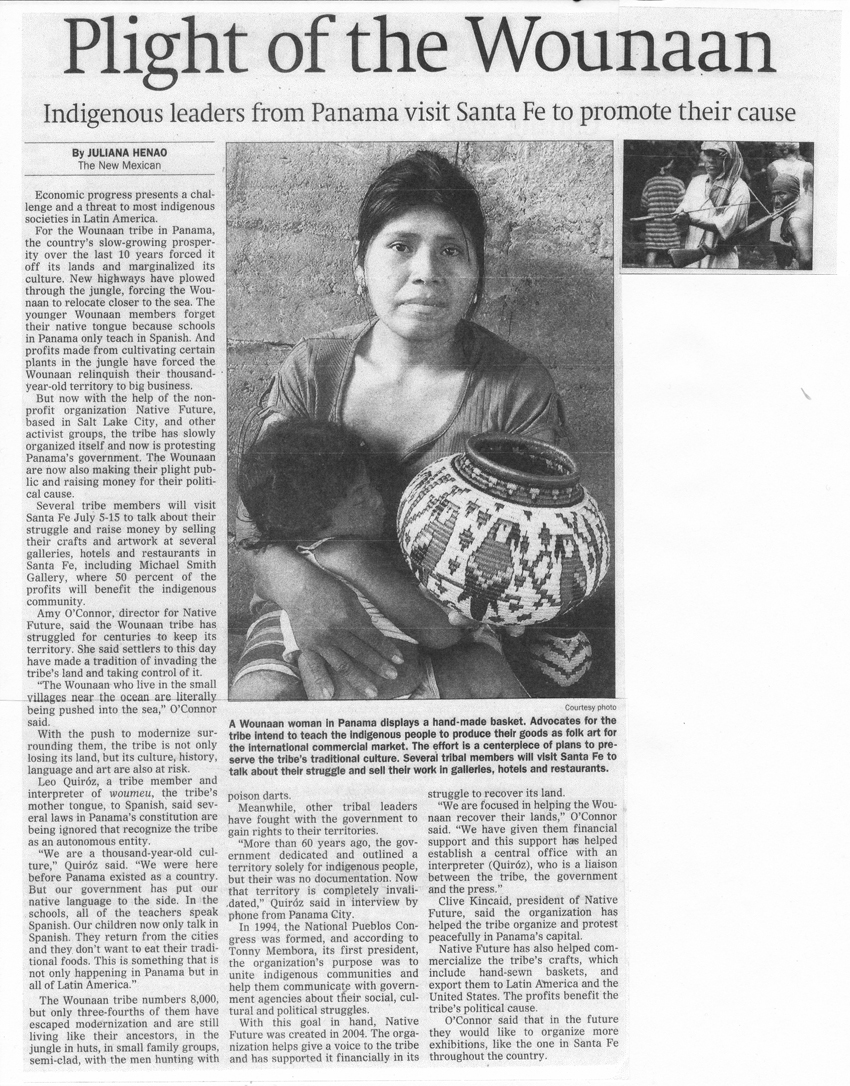 by a Japan Publication 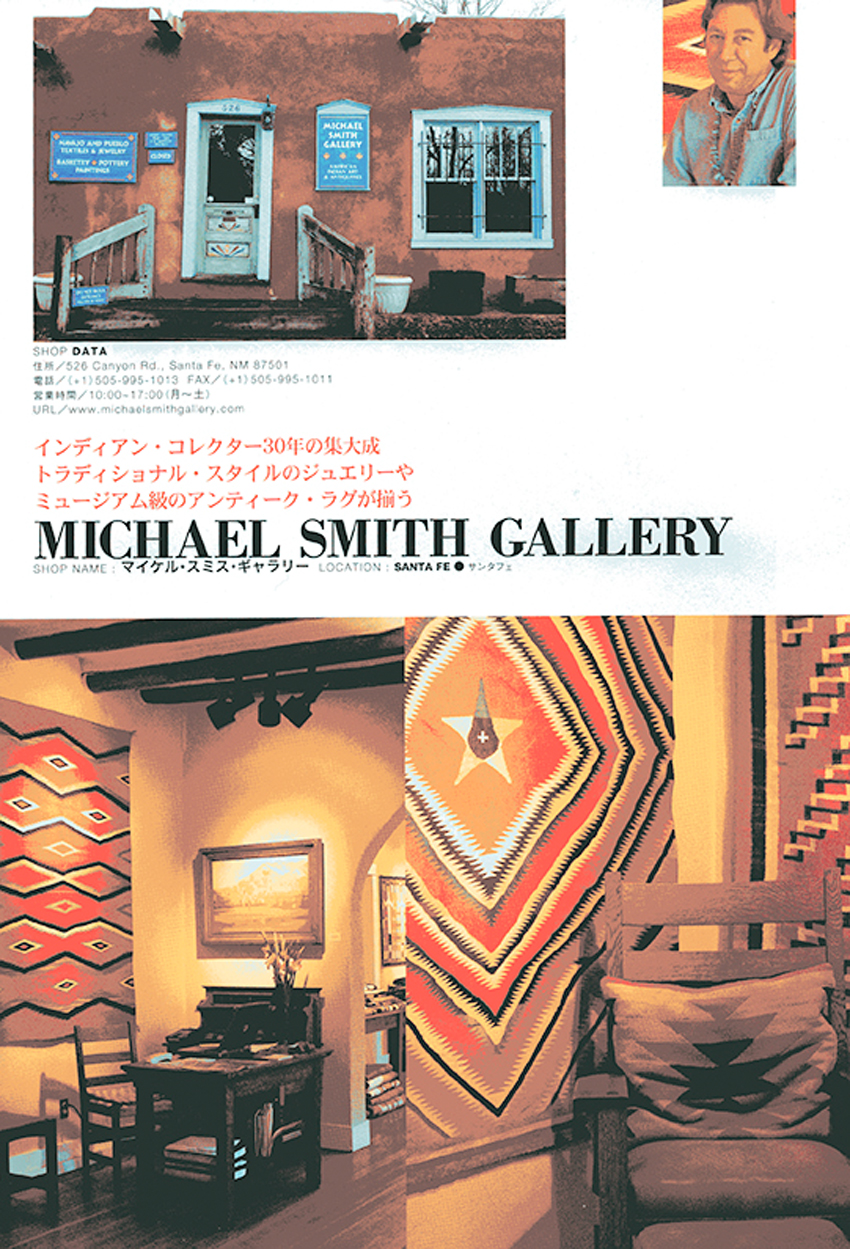 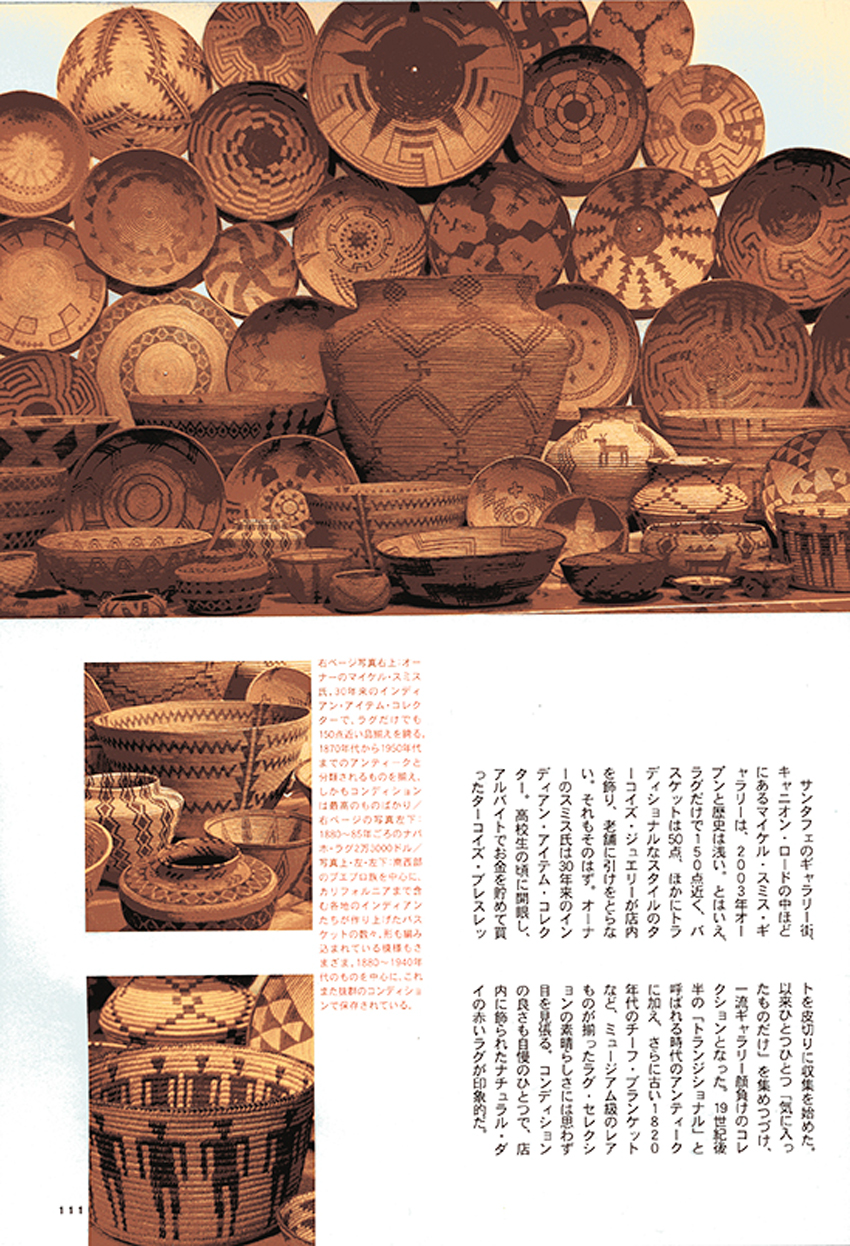 Michael's collection of southwest baskets in 2003